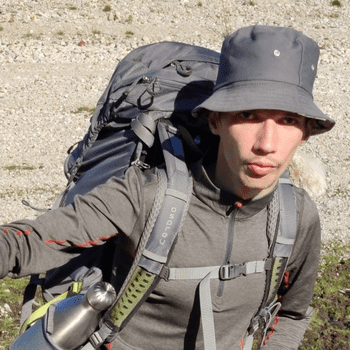 Do you have questions for Martin Cattroll?

Log in to ask Martin Cattroll questions publicly or anonymously.

There is a type of phone you can buy out there which comes with a well known rating standard called MIL-STD-810 (MIL-STD-810G being one of the latest revisions) however it is a niche market as MIL-STD-810 rated phones are generally larger than their normal counterparts and designed to operate in extreme environments.

Unfortunately, you don't have many options when it comes to manufracturers, in that, it is dominated by small unknown Chinese manufacturers who have fantastic hardware but the software side is lacking. Aftersales is also a shambles due to the language barrier of not having dedicated language support channels and a lack of community support due to it being a niche market.

I think it is a very much, okay we have done this product, on to the next one! Aftersales? A second thought mentality and something else to mention is that these devices are mostly if not all, MIL-STD-810G compliant so only going by the word of the manufacturer whether or not they met the standard, only CAT list their devices as being independently certified.

Now with all that side, you do have other options, Samsung do release rugged phones on occasion (Samsung Galaxy Xcover Pro being their latest), they are not as prolific as Blackview and Doogee with product releases. CAT also have a line of rugged phones which are not bad, though their latest phone (S62 Pro) has gone backwards on features and has other rough edges as well as the fact they also come with a high premium (£600) which is a lot for a mid-range device.

What has your experience been like? I know Andy has had an interesting saga with his Blackview 9500 Pro, I had the later model, 9600 Pro. A great phone but a failure on the aftersales commitments (No update to Android 9, update only on the later revised models so that was their excuse for not providing that upgrade for all models, Support is rough, I had to resort to a Russian forum for a lot of troubleshooting for loading a custom ROM/GSI Image and Google, which was a saga in itself but a story for another time.)

Update: Adding in the CAT articles (not endorsed)