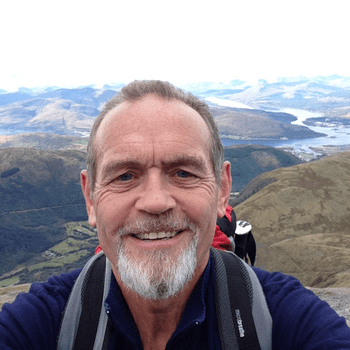 Do you have questions for David Thomas ?

Log in to ask David Thomas questions publicly or anonymously.

David Thomas Leader
Moderator
Posted 26 days ago
Day 2 of the Cambrian way, finishing off stage 2 and doing stage 3 was an ordeal, a real physical and mental endurance test. Starting off in full waterproofs in the remnabts of overnight rain and straight into ascent of paths and forest tracks until the final ascent of Twmbarlwm, a hill topped by an iron age fort and roman sigmal station. Fortunately I had been able to de-waterproof by then. Unfortunately Twmbarlwn was the last thing of any real interest of stage 2, and even of the whole day. At least the weather stayed fine and the cloud lifted. The stage ended in Pontypool park where lunch was had. An hour into stage 3 I garbed up again as I could see the weather coming in behind me. Just in time. After 30 minutes heavy rainit was mud and puddles with the path a river in places. The rest of the day was just a slog over uninteresting flat upland, splish sploshing over waterlogged ground. By the time the carpark before the final kilometre to the Blorenge was reached I could see the rain sweeping in from the West again so it was ‘phone a friend’ time (or in this case a cousin) and 15 minutes later i wax in a warm car on the way to a cup of tea, shower, Sunday roast and red wine. Pontypool to Abergavenny has little of interest and in those conditions the day was 18 miles of tediousness and, towards the end, misery. 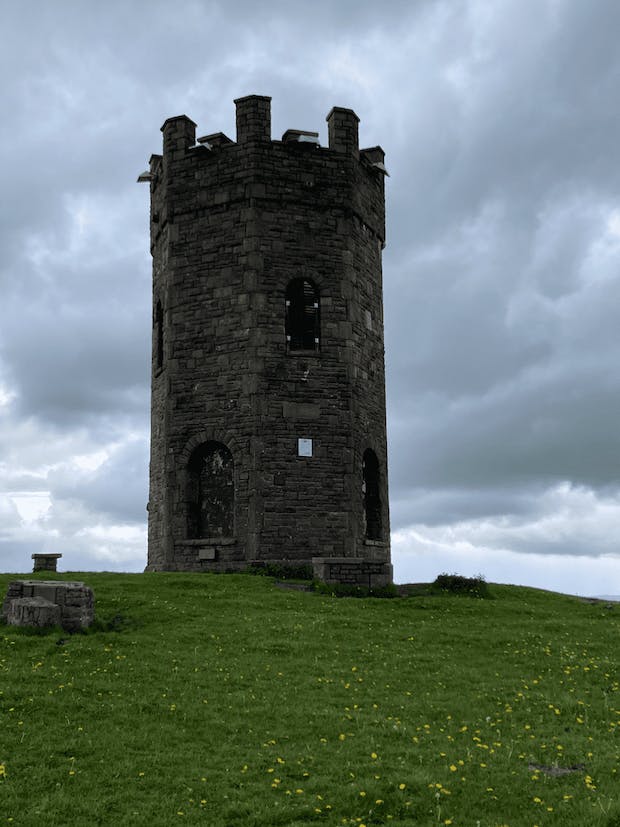 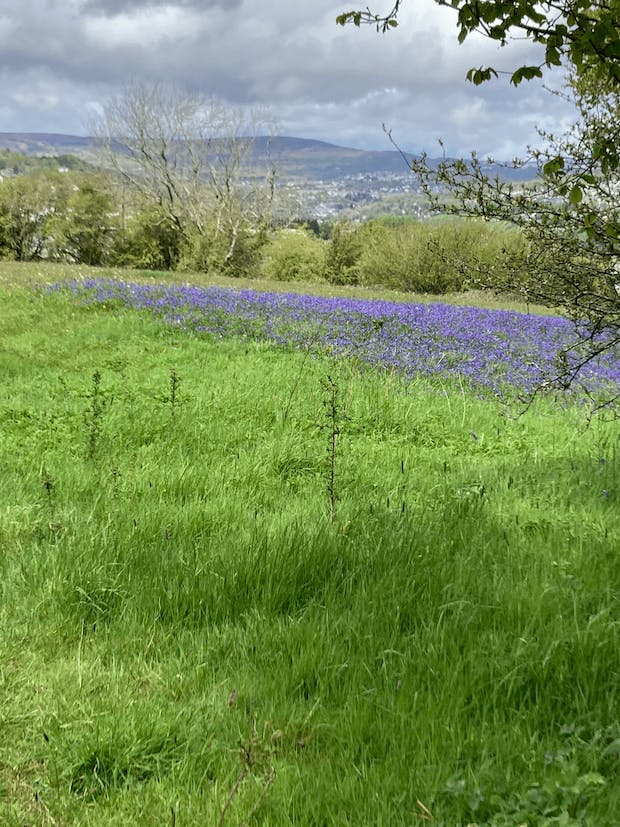 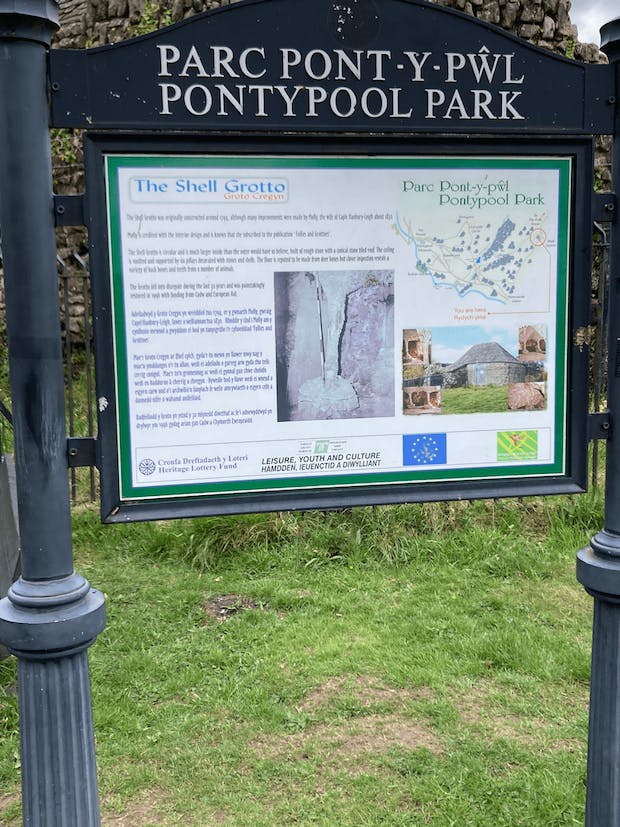 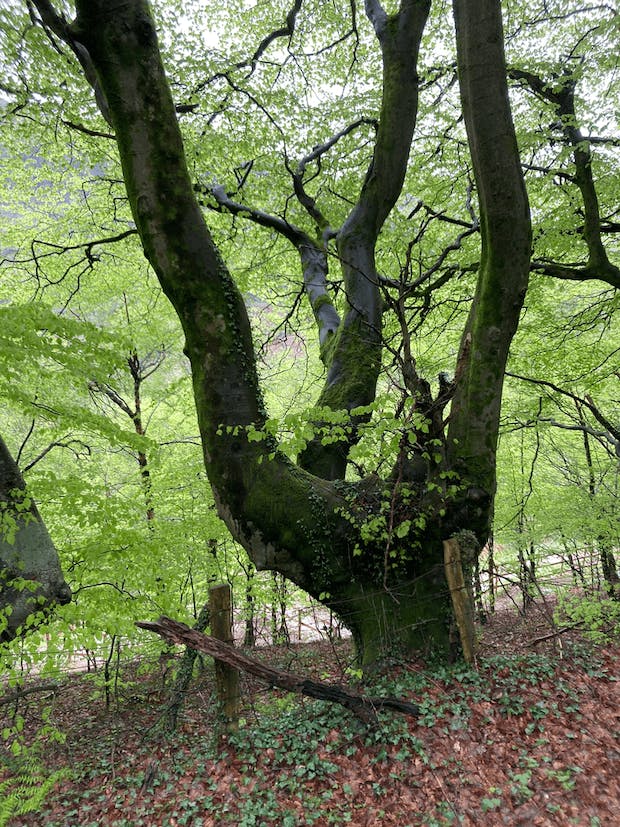 Liked by Neal Batchelor and 5 others

David Thomas Leader
Moderator
Posted 26 days ago
Not a Wales Outdoors event but a bit of an expedition of my own. Started the Cambrian Way on Saturday, doing stage 1 and the first bit of stage 2. Just over 21.5 miles by the time I had found my accommodation. A damp start and the odd couple of bits of rain in the day but otherwise good walking weather - fine, not too hot and some sun. A readonable amount of interest on the route. Started off at Cardiff Castle, through Bute Park then some riverside and canalside walking to Castell Coch. After lunch largely high level walking to Machen, finishing off with an up and over of Mynydd Machen where the results of April’s fires were all to obvious and not surprising given the piles of felling debris left around. In fact what was surprising was that the fires hadn’t been more extensive. Finishec at Risca. A nice Airbnb to end the day in Cwmcarn
2 comments

Liked by Neal Batchelor and 3 others

David Thomas Leader
Moderator
Posted last month
Well, that was a wild one. A walking slantwise sort of a day with waterproofs thoroughly tested. At least it wasn’t cold but it wasn’t a day for more than 5 minutes lunch break as there was no shelter. In spite of all that it was enjoyable in a perverse way. It wasn’t a day for lots of photos either!
Thanks to the three intrepid souls who came with me. 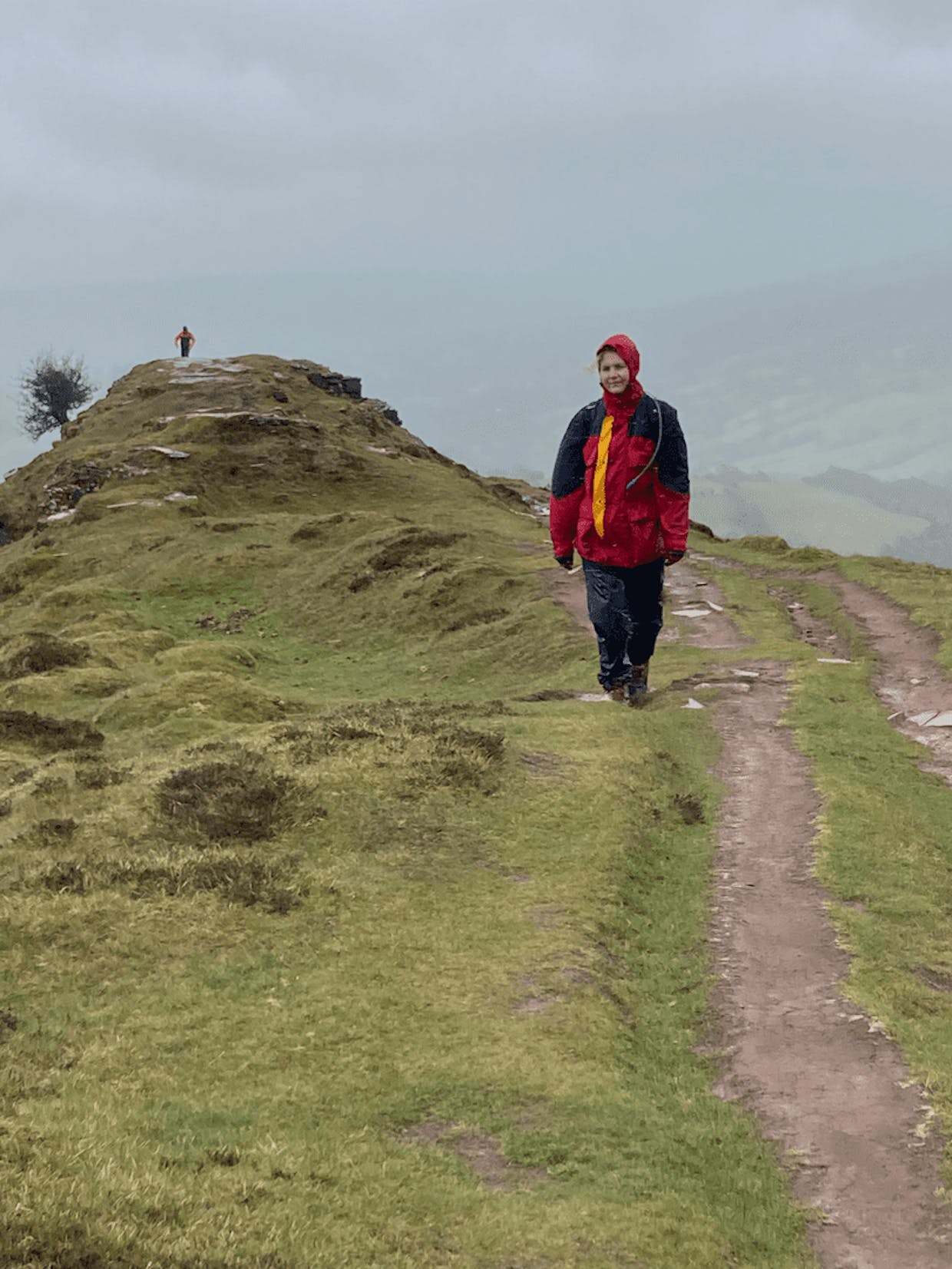 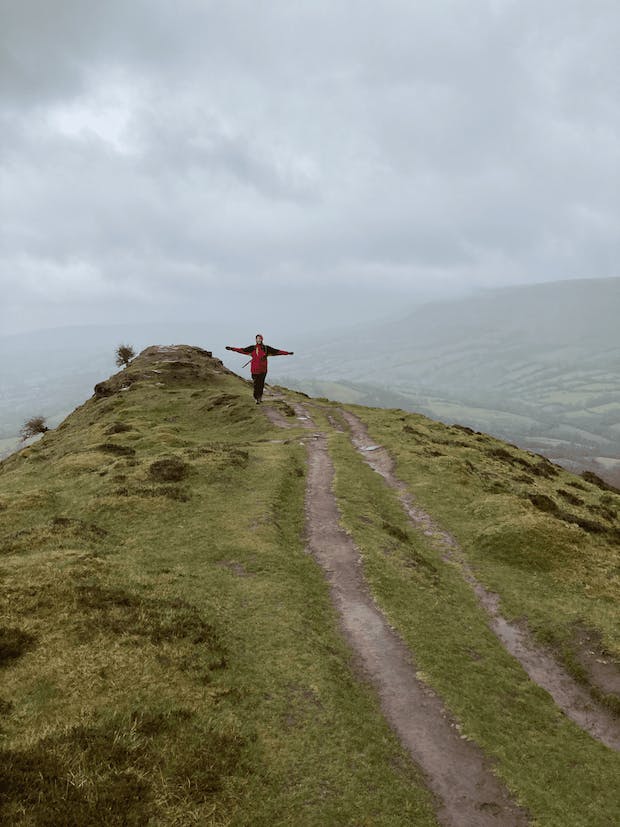 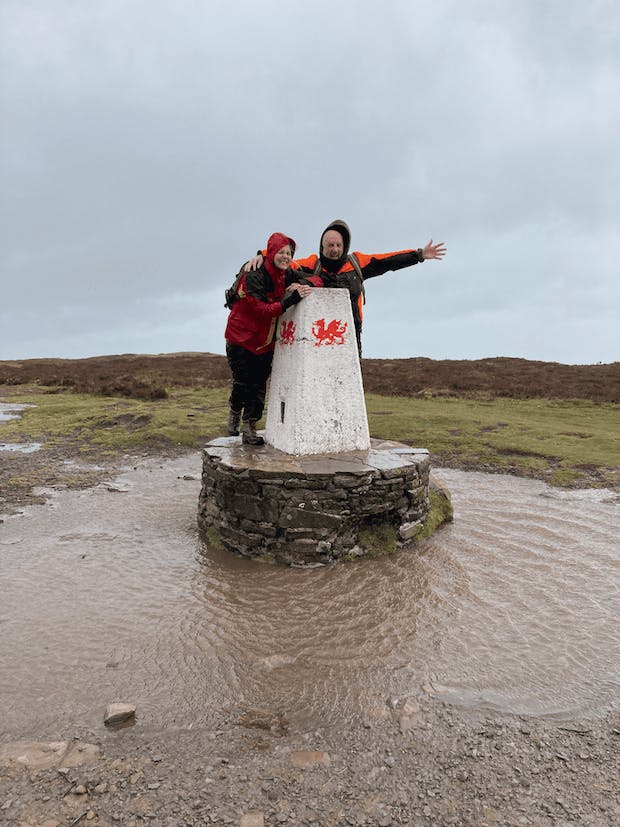 Liked by Mike Powell and 6 others

David Thomas Leader
Moderator
Posted 4 months ago
6.27 miles today according to Strava, up and down the steepest local streets. Once on the circuit virtually no flat and average gradient just over 10%. My thighs feel warm now. Views of the Carmarthen Fans in the distance and the cloud lifted off them during the walking.

Liked by Kate Barber and 4 others

David Thomas Leader
Moderator
Posted 4 months ago
The mazzle completed a couple of weeks ago. 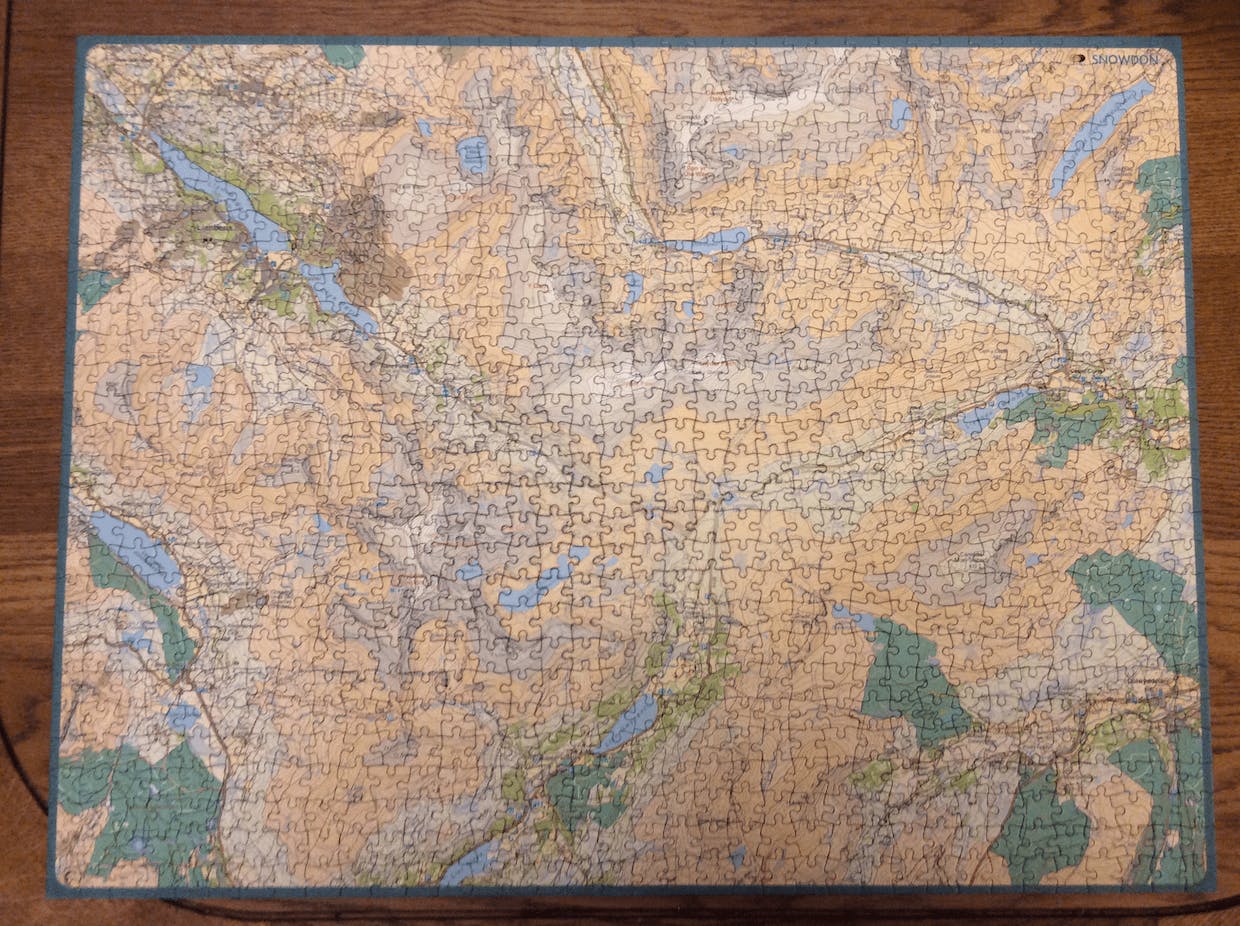 Liked by Andrew Lamb and 3 others 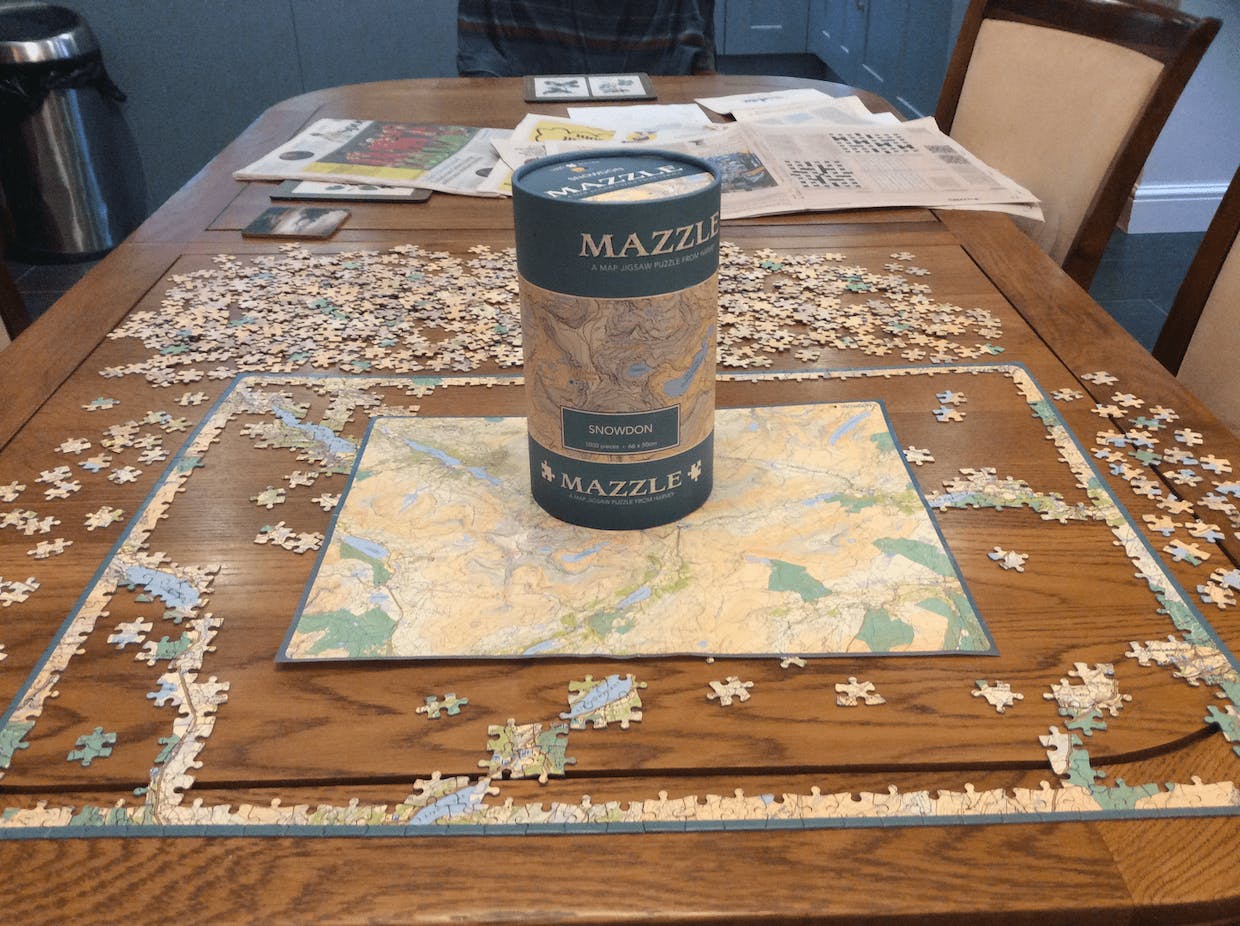 Liked by Kate Barber and 3 others

David Thomas Leader
Moderator
Posted 4 months ago
Never having been a jigsaw person, apart from with the kids and grandkids, I have just completed the edge of a superb 1000 piece jigsaw - a map of Snowdonia.
It’s called a mazzle and is made by Harvey’s Maps. They also do Peak District, Lake District and Scottish ones. You really have to focus on the small detail of the map features, so potentially a good learning tool.
3 comments

Liked by Bhavna Patel and 5 others

David Thomas Leader
Moderator
Posted 6 months ago
Great day around Rhosili and out on the Worm’s Head. The weather became kind to us after a cold sprinkling to start. A really varied day with good company. The Worm’s Head is a proper adventure. 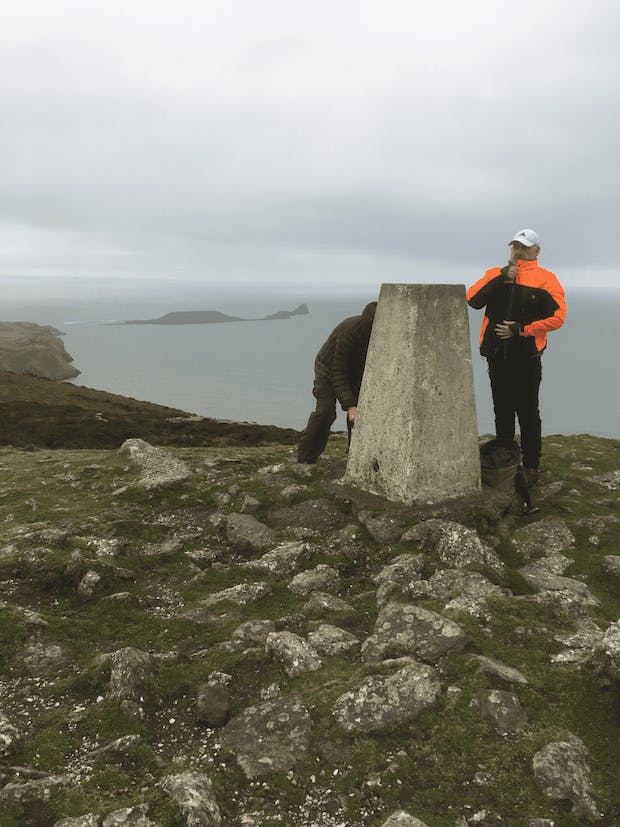 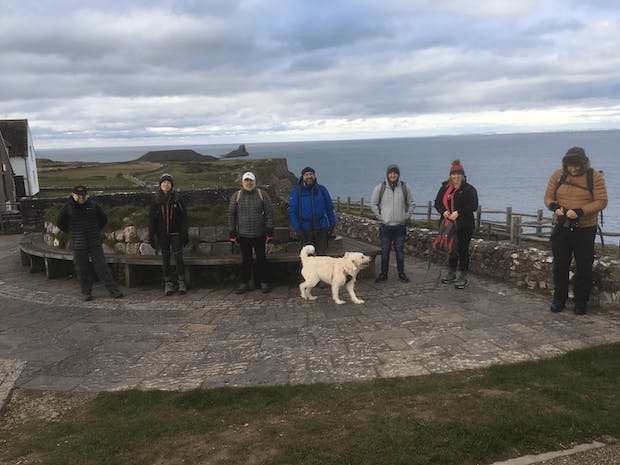 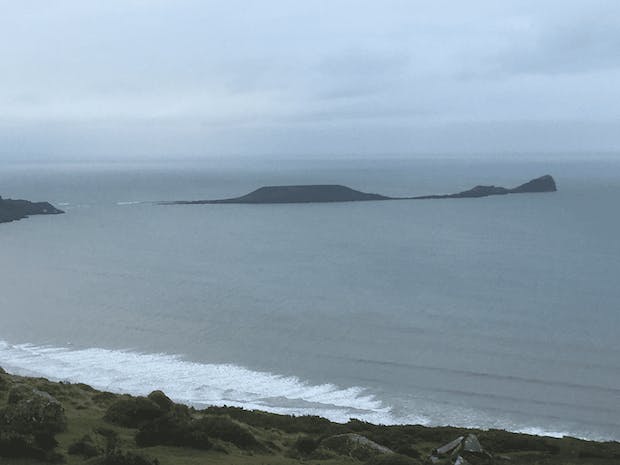 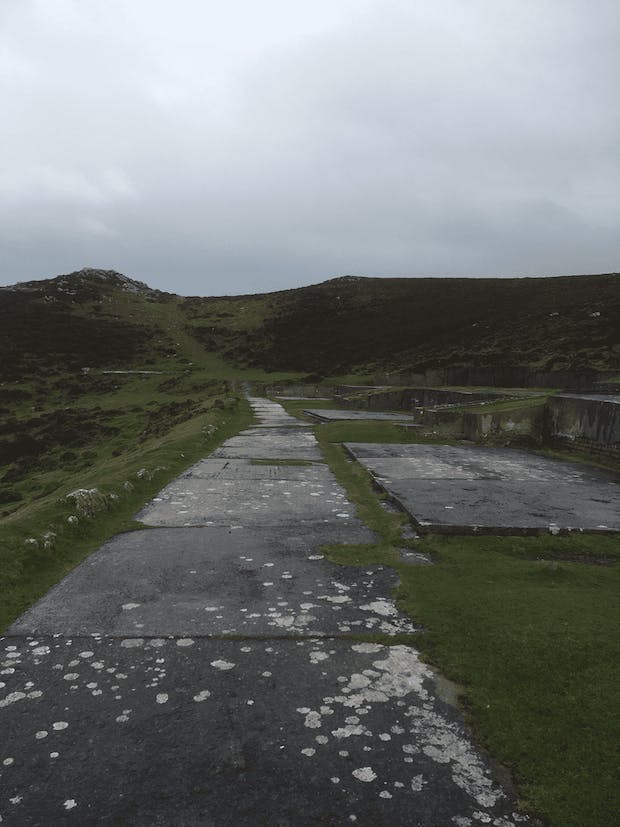 Liked by Mike Powell and 2 others

David Thomas Leader
Moderator
Posted 6 months ago
Stunningly good weather on the Pen y Fan horseshoe yesterday. Cloudless sky, crystal clear views, almost no wind, lovely group. What’s not to like? There was even a guy doing 2000 burpees for charity on top of Corn Du for added interest. 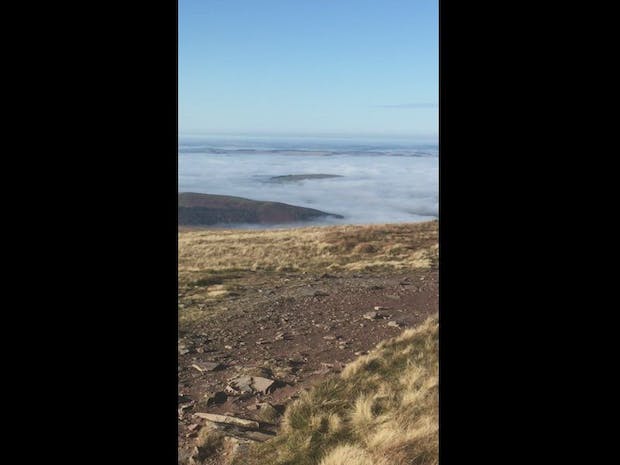 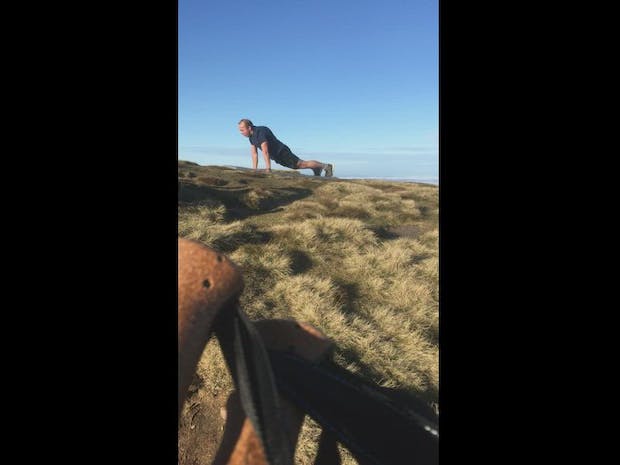 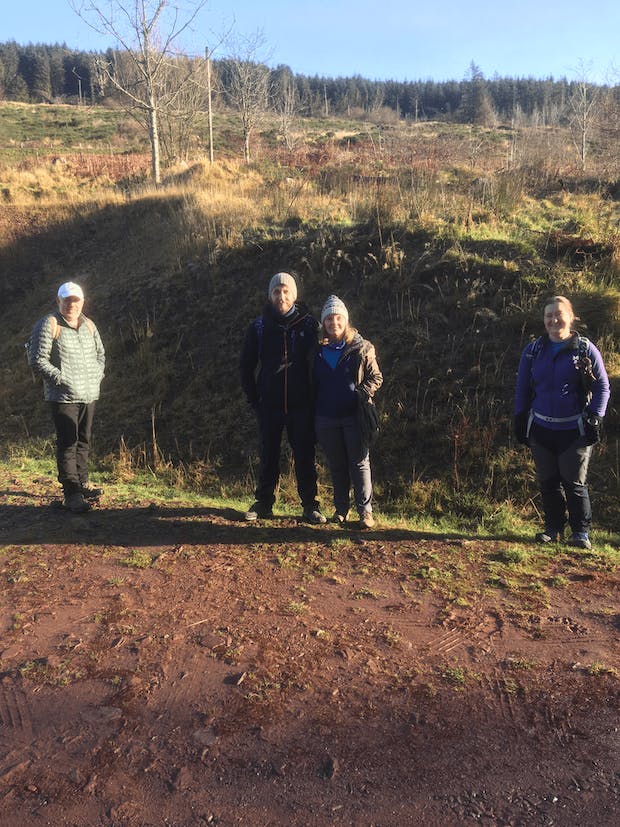 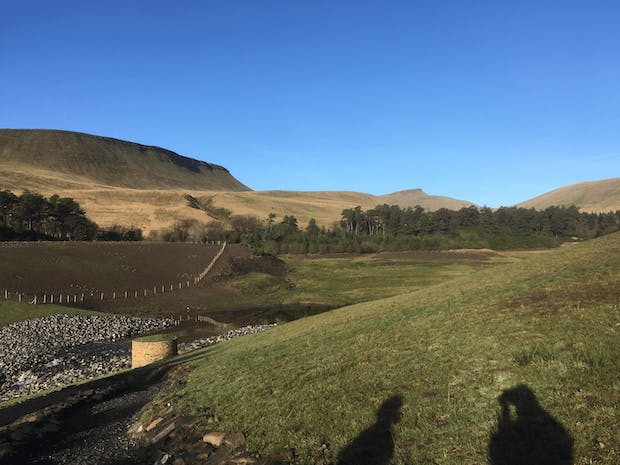 David Thomas Leader
Moderator
Posted 8 months ago
Storm Alex was in full swing in the Central Beacons yesterday but it didn’t deter us. Rather windy, rained all day and standing or running water everywhere. We still went cross country to find the spitfire crash site though. No dawdling and not a day for photos! 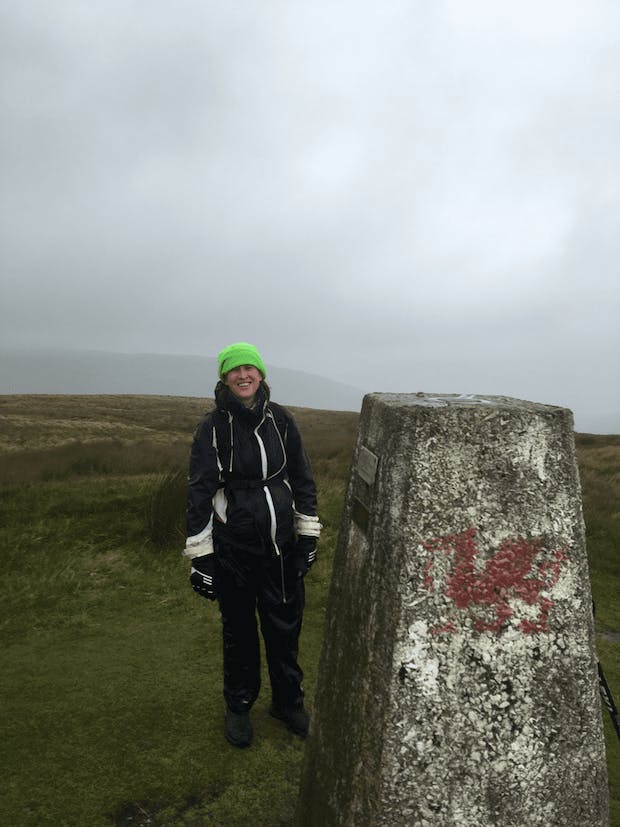 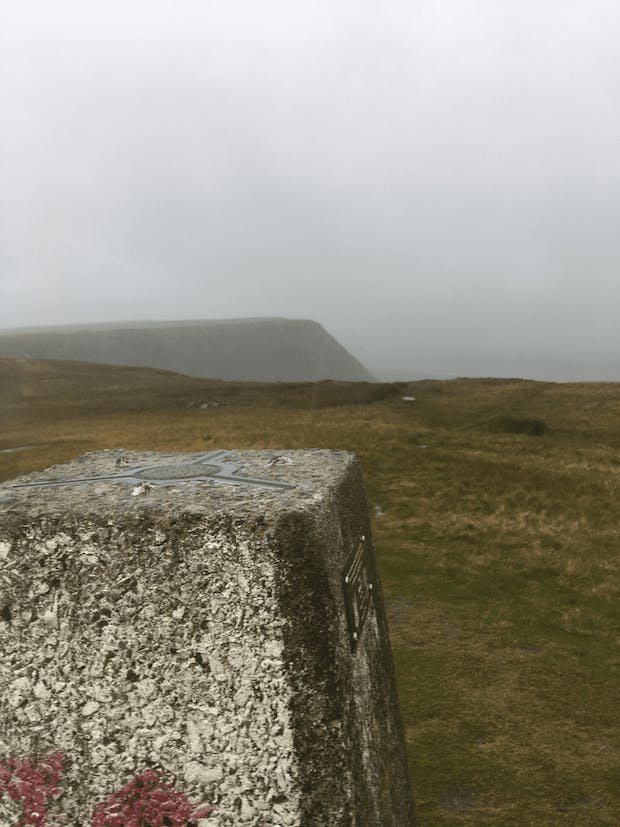 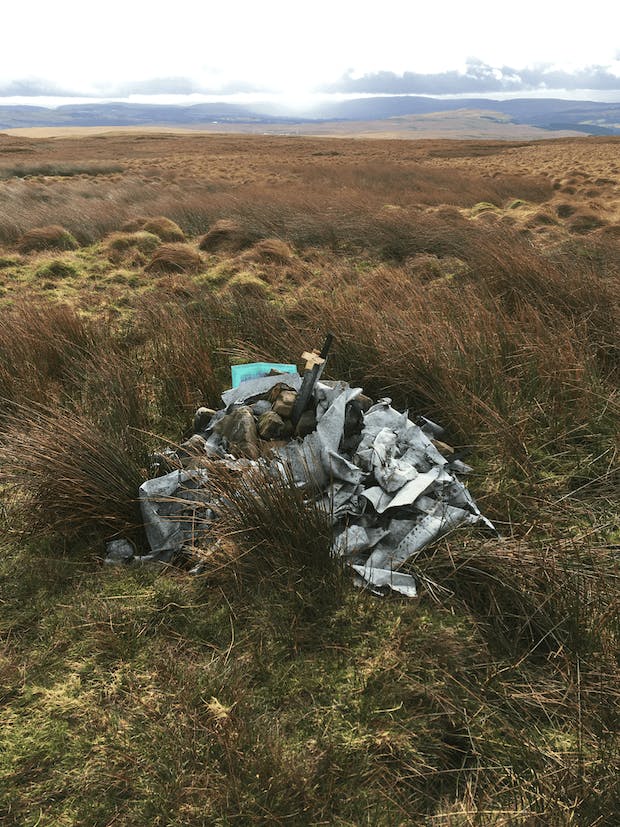 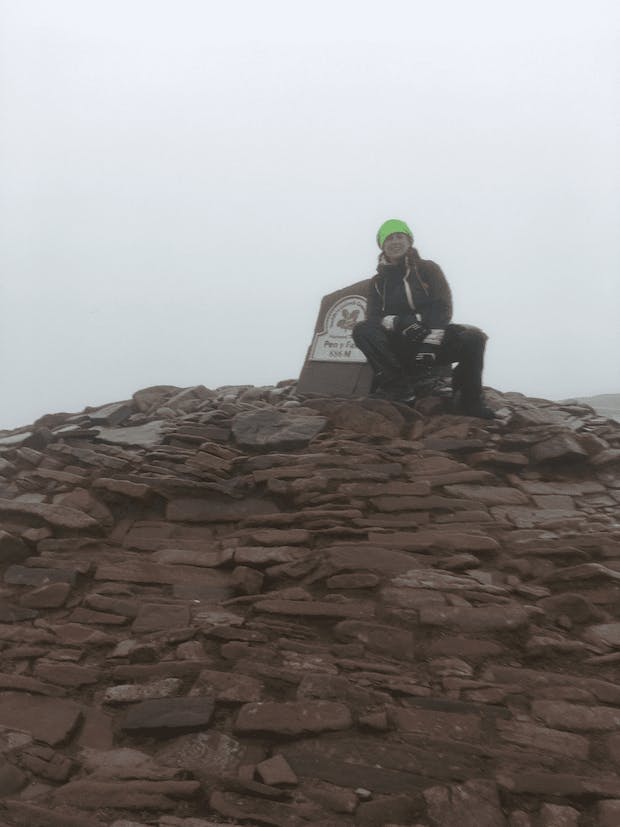 Liked by Andrew Lamb and 2 others